An association of Indian Muslims 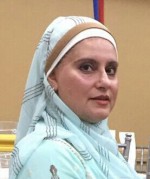 is a freelance journalist, artist and children's author

A new organisation seeks to represent Indian Muslims, as well as help dispel the negative stereotyping about their community

On 16 July, the Indian Crescent Society of Australia (ICSOA) held its inaugural Eid function at the Himalaya Restaurant in South Granville. The hugely successful event provided an opportunity for Indian Muslims to connect with Indians from other religions. The soon-to-be launched ICSOA aims to promote a positive image of Indian Muslims and help them integrate into mainstream society. Indian Link scratched the surface to find out more from the President of the society Mr Abbas Raza Alvi.

A well-known community leader, poet and businessman, Mr Alvi began by summing up the need for such an organisation:

“For the last 30 years, we’ve felt that the participation of Indian Muslims in the mainstream society has been limited. Most Indian Muslims are highly educated professionals, but due to a lack of networking and proper representation, they are not being recognised and celebrated as they should be. After lengthy discussions with the Indian High Commission and the Consul General, we finally came to the conclusion that Indian Muslims needed a special representation in Australian society. There was a need for a platform to allow them to participate and integrate like other Indians.”

In the wake of the hysteria against Muslims being kicked up by public figures like Pauline Hanson and Sonia Kruger, Mr Alvi feels that ICSOA has suddenly become the need of the hour. He realises the urgency to dispel the negative stereotype by integrating and showing the world that Muslims are a peace-loving people.

Touching briefly on the issue, he said, “Pauline Hanson must understand the effect of her provocative comments on the Australian economy. She has a history of inciting racial hatred; initially she targeted Indigenous Australians, then Chinese and Indian origin Australians, and now Muslims. Her comments can have a negative impact on Australian jobs, businesses and families. Australia currently exports $15 billion worth of goods to parts of the Muslim world. Include in that the exports to India and China and this figure may exceed $120 billion.”

On a lighter note he added, “I do suggest that PH (Pauline Hanson) should neutralise herself to the value of seven. (pH for pure water, H2O) is 7). Continuously spreading hatred through racist comments towards ethnic communities will not benefit any Australian and this includes those who have voted for her.”

Highlighting some of the main goals of ICSOA, Mr Alvi explained, “Our aims would be to help Indian Muslims in issues affecting their daily lives like education, community welfare, mentoring and support for new migrants.”

In addition, the organisation would work towards the integration of Indian Muslims within their own community, with other Indians and with the wider Australian society. “We will send our representatives to attend functions arranged by other organisations and invite them to ours in order to share and learn and work together for the welfare of all Indians.”

Programs will include working towards better recognition of the Urdu language, promoting creative talents within the community, supporting high achieving students, encouraging women in their goals and working with Aboriginal people to create artworks that depicts both cultures.

Another issue that concerns Mr Alvi is the demise of Indian cultural values in Australia. “I grew up with Hindus, Sikhs and Christians all living side by side in India. I don’t remember calling them by name, they were either mama, chacha, taya or dada. When we misbehaved, our parents weren’t the only ones to discipline us. If the neighbours got to know they would chastise us before them. That’s the Indian culture I love, but sadly when we come here, we get so busy trying to make a living, educating the kids, building a house, that the only spare time is either spent in home maintenance or religion. This is creating an isolation and disconnect with our Indian culture and is the cause of major problems and stress not just for Indian Muslims but for all Indians. Being religious is good, but the community connection is important for people to thrive and be happy. So, we want to bring back the integration, community feel and brotherhood we were used to in India and we want to promote peace.”

Mr Alvi took great pains to stress that ICSOA is not a religious organisation but an organisation to promote the Indian Muslim culture, language, food and traditions in order to help them integrate in the mainstream society.

To get the ball rolling, ICSOA has contacted individual organisations to form an ad hoc board which will represent Indian Muslims from all corners. The board is ironing out the finer details, compiling a database, advertising, initiating coordination in other cities and getting the website and logo in place before the formal launch. Mr Alvi informed that there will be a membership but the fee will be nominal. “We want every single Indian Muslim to join ICSOA.”

On the question of funding, he advised, “ICSOA will be self-funded by the large Indian Muslim business and professional community.”

The immense support for ICSOA was apparent at the Eid function where the expected turnout of 150 guests ballooned to over 250 attendees. Mr Alvi is optimistic about the future of the organisation, remarking, “Since ICSOA is a need based organisation with an experienced leadership I foresee it growing rapidly in future.”

Some text in the modal.